EUMETSAT is Europe’s meteorological satellite agency, operating satellites that monitor the weather and climate from space - 24 hours a day, 365 days a year.

EUMETSAT is an international organisation employing staff from across all 30 member states and this role is being advertised on multiple international job boards, but please note that this role would be based in Darmstadt, Germany and would require international applicants to relocate if successful.

At EUMETSAT, you can make a world of difference and be a part of something that makes a positive impact on society.  You will be at the cutting edge of satellite technology, with a meaningful role in an organisation focused on space-based observations of the Earth’s weather and climate.

In addition, EUMETSAT operates three LEO satellites of the Sentinel-3 (S-3) and Sentinel-6 (S-6) missions on behalf of the European Commission’s Copernicus programme, and is preparing for the launch of further satellites to continue these missions as well as other Copernicus missions such as the Carbon Dioxide Monitoring (CO2M) mission supporting the monitoring of Climate Change.

The main duties will be as follows:

• Lead a team of spacecraft operations engineers and analysts with responsibility for the routine operations of the S-3 space segment, ensuring and improving the robustness of satellite and related ground system operations;

• Ensure the adequacy of tools, databases, operational configurations and documentation necessary to execute satellite operations, and their interfaces with overall system operations, including the satellite simulator and on-board software maintenance tools;

• Apply operational processes for the coordination of routine and contingency S-3 operations, including daily operations reporting and coordination, anomaly and incident review, and configuration change processes;

• Ensure the adequacy of training provided to the S-3 spacecraft operations team and the supporting analysts/controllers;

• Support the FLO Mission Control, Mission Planning and Flight Dynamics teams in the configuration and operational use of Flight Operations Segment systems, including in relation to anomaly investigation and resolution, operational maintenance and system evolutions;

• Support the S-3 Mission Manager’s role in coordinating S-3 operations across EUMETSAT, and in interactions with the European Commission, as needed;

• In collaboration with the Sentinel-6 and CO2M SOMs, manage the Copernicus Spacecraft Operations Engineering Service and the Copernicus Operations Controller Service contracts, with specific responsibility for operational and technical aspects relating to Sentinel-3;

• Support mission and operations preparations activities and operational execution for other EUMETSAT-operated missions, as required.

• Minimum of ten years’ professional experience in the field of satellite operations, preferably in the development or operation of a LEO Earth Observation satellite system;

• Proven ability to lead a team of engineers to achieve challenging goals;

• Effective organisational skills with proven management capabilities to coordinate the preparation and execution of complex projects in the field of satellite operations;

• Excellent team-working and interpersonal skills to foster collaboration and innovation and ability to communicate clearly and effectively on technical and non-technical matters.

• University degree or equivalent in aerospace engineering or other relevant discipline.

• Excellent salary, of up to Euro 8500 / month NET (after tax) based on skills and experience;

• Relocation allowance and support (if applicable). 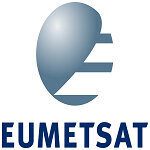